Egyptian President Abdel Fattah El-Sisi received at Al-Ittihadiya Palace President Hassan Sheikh Mahmoud, President of the Federal Republic of Somalia. A formal reception was held for the Somali President. According to the Presidency’s Spokesman, the two Presidents held bilateral talks followed by an expanded meeting. In welcoming the President of Somalia, El-Sisi emphasized the importance of Egypt’s historical relationship with Somalia. Under the framework of a stable and secure state, President El-Sisi confirmed Egypt’s keen interest in the interests of the Somali people. 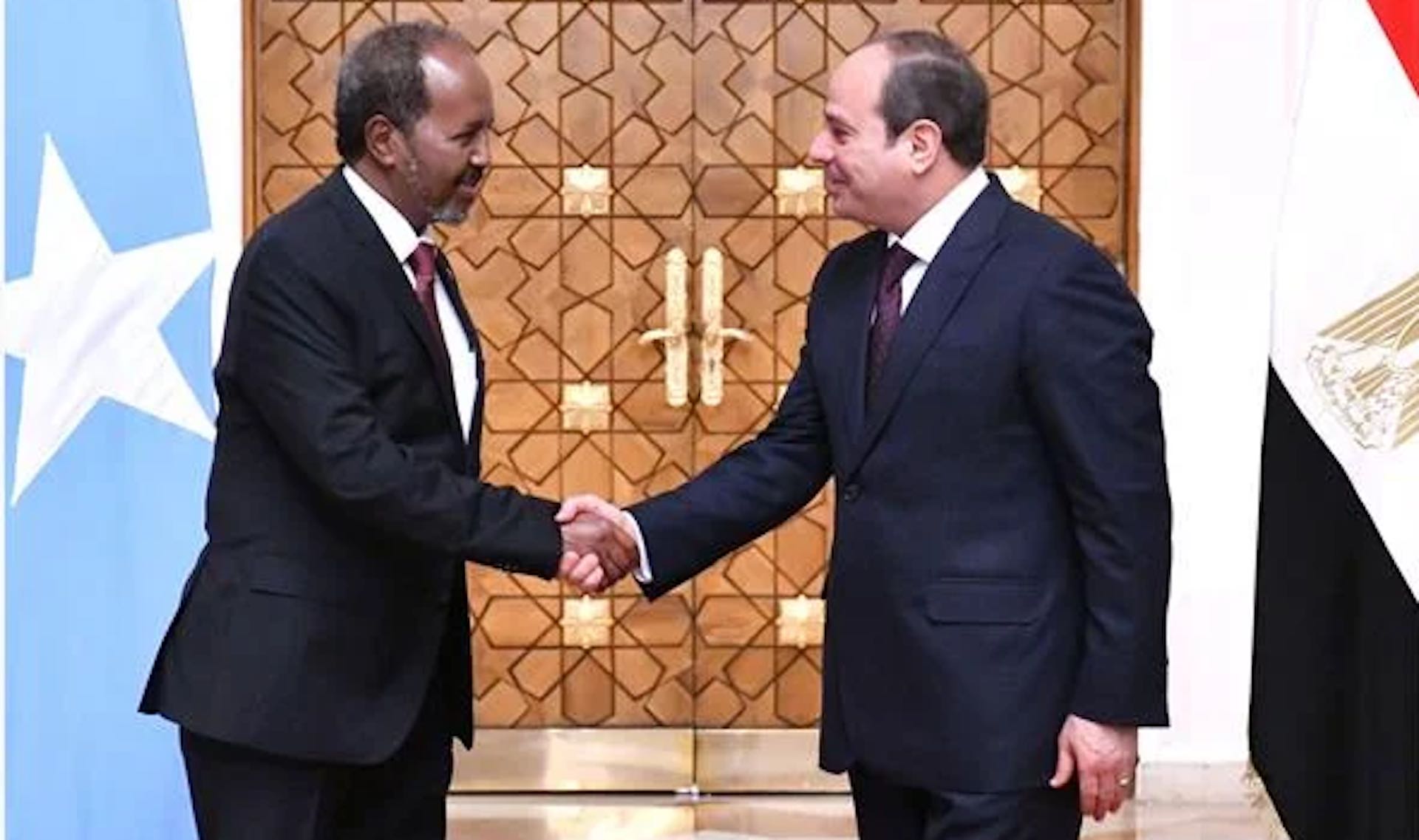 As part of Egypt’s commitment to Somalia, the President emphasized the danger of extremist ideology and terrorism. President El-Sisi reiterated Egypt’s commitment to strengthen and consolidate the Somali state’s institutions, reinvigorate bilateral cooperation, particularly on security, economic, and trade levels, and train Somali cadres. By doing so, the Somali people will be able to realize their goals and aspirations.

The discussions focused on ways to enhance bilateral relations in various aspects. During the meeting, the Somali President discussed the latest domestic developments in Somalia, and steps taken to restore security and stability, as well as overcome Somalia’s many challenges, including the threat of terrorism.

Hub71 and Clara partner to digitize legal needs for startups

Bird flu outbreak has led Tottori prefecture in Japan to cull some 110,000 chickens

Kenya suffers a drought that results in hundreds…

First coral insurance in the U.S. marks the rise…

Tropical Storm Nalgae has killed 150 people in the…

Yili Participated in the COP27 Panel Discussion on…