SHANGHAI, Jan. 6, 2023 /PRNewswire/ — The China International Import Expo (CIIE) has been described by global companies as a vital platform for promoting trade, investment and global cooperation. 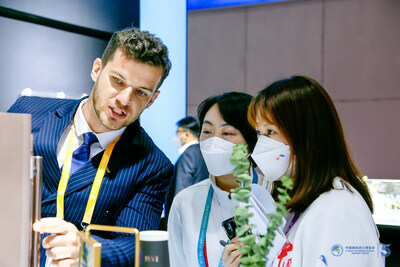 Industry players have also said that the expo further opens the Chinese market to the rest of the world and firmly supports economic globalization and trade liberalization.

Fabrice Megarbane, President of L’Oréal North Asia and CEO of L’Oréal China, described CIIE as an “accelerator” that helps to speed up the pace of innovation and encourage collaboration.

Panasonic also spoke highly of the expo. Tetsuro Homma, executive vice-president of Panasonic Holdings Corp, hailed the expo as a strategic global exhibition and an important platform for communication between countries.

According to official statistics, the accumulated intended turnover of the last five editions of the CIIE totaled $340 billion, an indication that many multinational companies stand to prosper through the CIIE.

The fifth CIIE, which concluded on November 10, 2022, saw fruitful results. More than 2,800 enterprises, including 284 of the world’s top 500 enterprises and many industry giants such as Panasonic, Bayer and L’Oréal, gathered to showcase their products, technologies and services at the business exhibition.

“For five years, the CIIE has not only served as the optimal choice for multinational companies to make global debuts of their new products and frontier technologies, but also witnessed many participants’ transition from exhibitors to investors,” said Sheng Qiuping, China’s Vice Minister of Commerce.

The international influence of the expo has also become more extensive. Over the past five years, the CIIE has been widely covered by media outlets around the world.

Many participants have also hailed the Hongqiao International Economic Forum, a key part of the CIIE, as a high-level platform that promotes dialogue among political, business and academic communities on matters related to global cooperation for sustainable development around the world.

Themed “Stimulation of Opening-up Impetus and Sharing of Cooperation Opportunities”, the fifth Hongqiao Forum reflected China’s commitment to further opening up to the world.

According to the World Openness Report 2022 that was released at the fifth Hongqiao Forum, China’s opening-up index had increased by 5.6 percent between 2012 and 2020, a sign that the country has become an important force in promoting economic globalization.

With China advancing its institutional opening-up and creating favorable conditions to attract foreign investment, the broader spillover effect of the CIIE will facilitate multinational corporations to further tap into the country’s vast market, according to authorities.

The sixth edition of the CIIE will be held in Shanghai from November 5 to 10, 2023. Registration for the business exhibition of the sixth expo has begun, and over 100,000 square meters of area has already been booked. Be sure to secure your booth at: https://www.ciie.org/exhibition/f/book/register?locale=en. 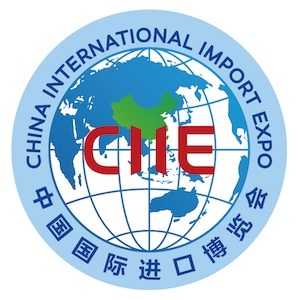 Global warming will not stop half of the glaciers from melting, a study warns

Following the first release of the Janus series in 2006, Pie Co., Ltd. launched the…

$1 billion to be invested in GCC real estate by…

Lebanon devalues its currency by 90 percent,…